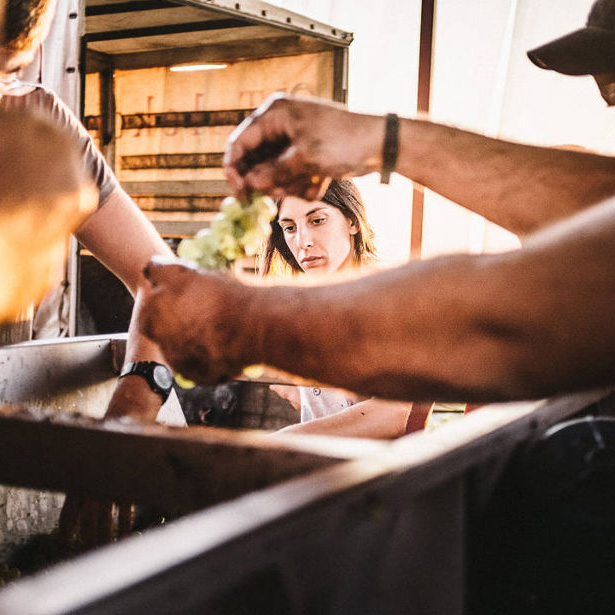 Haridimos Hatzidakis was one of the pioneers of Santorini’s wines and it is in no small part thanks to his efforts that they are now to be found on the wine lists of many of the world's best restaurants.  Having founded his own small winery in 1996, Haridimos tragically passed away in 2017, but his philosophy and his legacy are being taken forward by his children, and by winemaker Stella Papadimitriou.  Skitali is a wine that was still in tank when Haridimos died and it was left on fine lees for 12 months before eventually being bottled.  The name evokes the image of a baton passed from father to daughter and the wine is a remarkable expression of the volcanic, windswept island of Santorini, the ancient, unirrigated assyrtiko vines, and the passion and commitment of the family