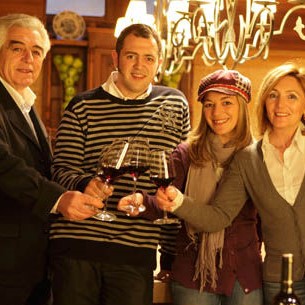 This estate has been in the same family's hands since the late 19th century and is now run by José Domeco de Jarauta.  Since taking over the bodega, José has completely modernised the estate and his focus is on quality, value for money wines with lots of fruit and flavour in the modern style.